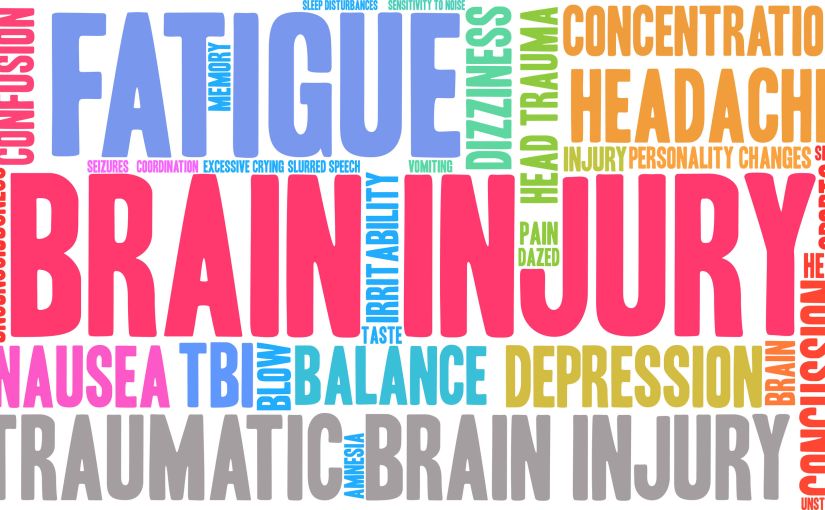 I can’t focus on my work right now, focus on what I should be doing which is writing about gardening or photography for one of my blogs or writing another chapter of the book I’m working on. There are plenty of things I need to be focusing on, but I can’t focus.

She can’t focus on anything because her head still hurts from the fall she took snowboarding last weekend. She hit her head, not once but twice – on two separate but consecutive days. She is my daughter, a young single woman living with her mini aussie shepherd, Blue — two hours away from me. She now has sustained her third lifetime concussion equaling the amount her brother has had in his lifetime as well.

You may be thinking my kids are klutzy. They are not. They are athletic and coordinated, albeit probably a little less so now. You may be thinking who gets so many concussions, sure possibly a professional boxer or football players but neither of my children are either one of these. Actually, it isn’t uncommon at all to receive another concussion after you have sustained your first.

March is Brain Injury or Concussion Awareness Month. I was made very aware of concussions and the chaos that can ensue as a result of this seemingly invisible injury.

My daughter was in high school when she got her first concussion. A varsity lacrosse goalie, starting on the team in the 8th grade – she defended against girls initially much bigger than herself but was always up for the challenge. She was fierce in the net, she wasn’t afraid to take a hit.

Unfortunately when you get hit in the head, contrary what one might think, you don’t always know you took a hit to the head. She didn’t know that she took a hit to the head until a few days later when she was found “lost” in the hallway at school by a teacher and she had no idea where she was or where she should be. We had to circle back to her teammates to find out if anyone saw something. Someone did but didn’t know to say something. I also found out that at half time my daughter took some Advil because she was complaining about having a headache. Again no one thought – hmm, the goalie has a headache – did any one see her get hit? I was not at the game that day, so I didn’t see the hit either. You shouldn’t take and aspirin or ibuprofen if you suspect a concussion as they increase your risk of bleeding.

A few days later while trying to rest she smacked the back of her head on the windowsill while trying to lay down on her bed which it was pushed up against. BONK! Remember your are 3x more likely to get another hit to the head after a concussion since you’re foggy and you’re reaction time has slowed. Your vision may be a little off to and you misjudge the distance between your head and the windowsill. Her headache returned that day but luckily her symptoms left after a week of staying quiet. and she was able to return to school and the net without incident.

People who have been fortunate enough to never deal with concussions, have no idea that even the small taps to the head can cause damage. You don’t need to lose consciousness to experience a concussion. Although when that happens, you know the blow happened at such a force that it was lights out for even a few seconds.

The doctors describe to you what happened to your son or daughter’s brain when it takes an impact like this: picture your brain is a fragile egg inside your skull. You take a hit from the left side and what happens is that your brain takes that hit on the left side and then moves slightly and bangs up against the right side of your skull now causing some damage to the right side too.

My son’s second lifetime concussion I watched from behind my video camera get hit – he never saw it coming – he had his eye on the ball arching his way in the clear blue sky. Lacrosse again – a helmeted sport, thank God. Except for girls’ lacrosse only the goalies where full helmets, but even helmets don’t keep you from getting a concussion.

My son was unconscious for 9 seconds, 9 of the longest seconds of my life. They suggested I take him to the ER right away. We sat and waited in the ER for hours for the doctor to simply say “He has a concussion. Go home and rest”. He told us about other concussion symptoms which may arise like nausea and vomiting. This is all they told us back then in spring 2010. Three days later, my son was puking all other and his head was pounding. Three days later all the symptoms the ER doctor told us to look out for presented themselves. There was no question – concussion.

For a couple of weeks, he “rested” but to no avail – the headache wouldn’t stop and he was feeling very foggy. Somehow, and I don’t remember how exactly I found a doctor in the county that specialized in treating patients with concussions. Dr. Michael Lee of Southport, CT would become an integral part of taking over treating my son’s concussion. He administered an ImPact test which is an FDA approved medical test to help access and manage concussions. I’d never heard of it before but would become very familiar with ImPact testing between the two kids during their high school years.

Dr.Lee also introduced us to the ‘dark room’, the place where you stay in bed in the dark for days on end hopefully sleeping. Sleep as much as possible. No stimulation from the outside world at all. My son was in his dark room for weeks before we could slowly start to introduce outside stimulation. Shutting your brain down is extremely difficult.

When he finally returned to school after missing three weeks – teachers didn’t understand that he was still injured. He looked fine, he could laugh with his friends after all. But as soon as he tried to focus or read, it would be difficult to impossible and headaches would return. There’s no bandage that they wrap your head in that announces to the world I HAVE A BRAIN INJURY HERE PEOPLE! It wouldn’t be for another 5 months before the November 10th, 2010 Sports Illustrated’s cover article discussed concussions in football and made the the world aware of the damage concussions a.k.a. traumatic brain injuries were doing to our NFL athletes. This was just the tip of the iceberg.

My daughter recently started a new job and has had to miss work already because of her injury. She’s scared she’ll lose her new job. She worried they may not understand- most people don’t unless they’ve had a concussion themselves or have a close family member who has had a concussion.

When my son suffers his third concussion he was a freshman in college. A ski accident which left him with a partially punctured lung and a night in the hospital. Three days later he was driving when he skidded his car on ice, bumping his head when the car hit the curb. Your reflexes are slower when you have a concussion. He shouldn’t have been driving. He was concussed but his symptoms hadn’t presented themselves yet. He was lucky nothing worse happened. He ended up taking a medical leave of absence for the rest of the semester. He returned a year later to be sure his brain could take the strain of studying. We were thankful to have the option of a medical leave and we thought it best to take it since you have no idea how long it will take to heal. And it takes longer to heal when you have a history of previous concussions.

The concussions have left behind in their wake problems with sleep and depression. He struggles with staying focused more often than he used to too. He’s done biofeedback and neurofeedback therapy to help him with some of the problems that he struggled with after his concussions. It helped a little. He’s sleeping better but we have also started using CBD along with the melatonin the neurologist recommended he start using while he was still in recovery.

Now my daughter, an adult has her third concussion and is trying desperately to shut down her brain. Her place in Maine is bright and sunny despite blinds being drawn. Dark it is not. She tacked up a blanket over the window but it still looked pretty bright in her bedroom from the photo she shared with me. I’m frustrated that there’s nothing I can do to help her heal faster. When you have a concussion you can feel foggy and very unclear. Dr. Lee used to liken it to having a computer virus which makes your computer run slow and improperly. You need to shut down everything so that you can reboot.

In today’s high tech world where we are all in front of some kind of screen – and things seem to happen quicker than they used to – disengaging from stimulus is challenging. My daughter is a freelance graphic designer who uses her computer all the time. Her part time job has her up and down and can’t be on the more physical side. Plus she coaches girls’ lacrosse. So all I can do is hope and pray- doesn’t seem like much of a strategy – that she will be able to return to her normal activities soon – after she’s given herself time to rest.

Links to some of the resources we’ve used: